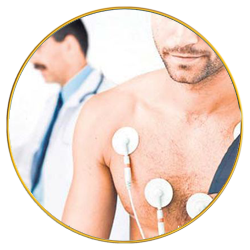 Many people see the benefits of Transcendental Meditation in their day to day lives, but some voices reach further than others. While TM goes beyond a Hollywood fad, it is no doubt practiced by a range of artists and thoughtful minds making their mark on the world. Here’s just a few of the celebrities for whom TM gives centre to their lives and helps to enrich their creative endeavours.

David Lynch – The director is known for his surreal, inimitable style, transfixing audiences with acclaimed films such as Mulholland Drive and Inland Empire. It’s no wonder that someone who produces mind bending, thought provoking modern classics turns to TM to find clarity and centre.

Hugh Jackman – The X-Men and Les Miserables actor is known for his towering performances and commitment to roles, but in his own words, “nothing has ever opened my eyes like Transcendental Meditation has”.

Katy Perry – The Californian singer, known for countless hits and iconic looks, has just extended her sell out Las Vegas residency, and says that she “starts the day with Transcendental Meditation – it just puts me in the best mood!”

Oprah Winfrey – The iconic talk show host and entrepreneur has taken her image and business acumen to stratospheric heights. All of that must be a lot to contend with, no doubt Transcendental Meditation allows her time to collect herself and focus her thoughts.

The Beatles – The fab four are not only regarded as the most influential band in the world, they’re one of the few artists whose astonishing careers can be broken down into eras. And though looks come and go, and music continues to change – both remaining Beatles continue to enrich their lives with Transcendental Meditation.

Those are just a few of the many artists, actors and entrepreneurs enjoying the benefits of Transcendental Meditation in their day to day lives. Find out more about TM today with TM London!