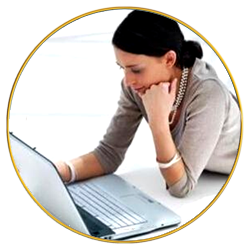 A variety of physiological indicators have been used to show that TM produces very deep rest, even though it is only practised for 20 minutes at a time. This allows you to ‘recharge’ and build up energy for the day.

Scientific research published in Psychosomatic Medicine and the International Journal of Neuroscience has shown that TM produces high level of EEG coherence. In other words, waves in the left and right hemispheres of the brain start to work in synchrony.

This increased coherence has been shown in other studies to correlate to a wide variety of benefits, including:

It has also been found that during TM the percentage of the brain used to respond to stimuli increases.

Students at Maharishi International University in Fairfield, Iowa, who regularly practised Transcendental Meditation, increased significantly in intelligence over a 2-year period, compared to control subjects from another Iowa university.

This study used the Torrance Tests of Creative Thinking to measure figural and verbal creativity in a control group and in a group that subsequently learned the Transcendental Meditation technique.

On the posttest 5 months later, the Transcendental Meditation group scored significantly higher on figural originality and flexibility and on verbal fluency.

*Reference I: The TM technique and creativity: A longitudinal study of Cornell University undergraduates, Journal of Creative Behavior 13: 169-190, 1979. Reference II: A psychological investigation into the source of the effect of the Transcendental Meditation technique, (Ph.D. dissertation, York University) Dissertations Abstracts International 38, 7-B: 3372­3373, 1978.

Field independence has been associated with a greater ability to assimilate and structure experience, greater organisation of mind and cognitive clarity, improved memory, greater creative expression, and a stable internal frame of reference.

They were compared with subjects randomly assigned to a routine of twice-daily rest with eyes closed, and with subjects who made no change in their daily routine.

EEG coherence increases between and within the cerebral hemispheres during Transcendental Meditation. EEG coherence is a quantitative index of the degree of long-range spatial ordering of the brain waves.

*Reference I: The Coherence Spectral Array (COSPAR) and its application to the study of spatial ordering in the EEG, Proceedings of the San Diego Biomedical Symposium 15: 1976. Reference II: Electrophysiologic characteristics of respiratory suspension periods occurring during the practice of the Transcendental Meditation programme, Psychosomatic Medicine 46: 267-276, 1984.

Self actualisation refers to realizing more of one’s inner potential, expressed in every area of life. A statistical meta-analysis of all available studies-of 42 independent studies-indicated that the effect of Transcendental Meditation on increasing self-actualisation is markedly greater than that of other forms of meditation and relaxation. This analysis statistically controlled for length of treatment and quality of research design.

One month after beginning Transcendental Meditation, subjects experienced an improved self-concept in comparison to before learning the technique.

Transcendental Meditation participants developed a more strongly defined self-concept and also came to perceive their “actual self” as significantly closer to their “ideal self.” No similar changes were observed for matched controls.

This three-month study of managers and employees who regularly practised the Transcendental Meditation technique in a Fortune 100 manufacturing company and a smaller distribution-sales company showed that Transcendental Meditation practitioners displayed more relaxed physiological functioning, a greater reduction in anxiety, and reduced tension on the job, when compared to control subjects with similar job positions in the same companies.

*Reference: A prospective study of the effects of the Transcendental Meditation programme in two business settings, Anxiety, Stress and Coping: International Journal 6: 245­262, 1993.

A statistical meta-analysis conducted at Stanford University of all available studies-146 independent outcomes-indicated that the effect of the Transcendental Meditation programme on reducing anxiety as a character trait was much greater than that of all other meditation and relaxation techniques, including muscle relaxation.

This analysis also showed that the positive Transcendental Meditation result could not be attributed to subject expectation, experimenter bias, or quality of research design.

TM For Your Mind